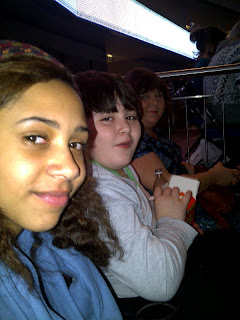 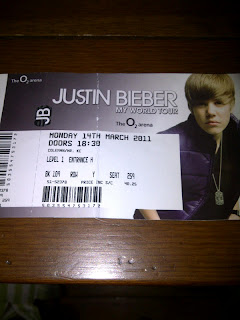 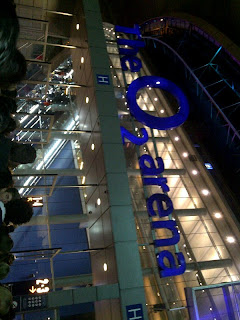 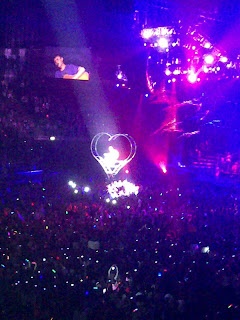 Well, what can I say to add to the phenomenon that is this decade's Justin trousersnake? My niece, being in her very early teens, wanted to see the Justin Bieber film 'Never say never....'. Unfortunately the only place showing it was in Kingston Upon Thames. So with the right events and concerts intell from Felicity, our proficient concierge manager; I managed to obtain access to quality tickets at a most palatable price. A friend Cheryl, of Eastenders fame, wanted to take her son along so we decided to go together to the O2 last Monday. Mobbed for autographs & pictures by teens and parents alike for her role in BBCs famous drama;we worked our way into the iconic O2 in Greenwhich for an interesting night. I still cannot believe the eardrum bursting shreiks & screams that teenage girls can make. OMG! I was almost deafened by the shout offs between loving factions of fans pronouncing their undying love for this little man.
I have to admit thanks to Usher (the 17 year old was spotted by him on U Tube) this kid not only can sing beautifully but also has some smooth dancing moves that triggered the same reactions from his adoring fans as Elvis must have from his.
I am quite intrigued by Will & Jada Smith having the prescence of mind to catapult their kids Willow & Jaden Smith into this spectacle at such an early age. How very bizarre!
Some of their songs were familiar but most were lost to a gent of my generation.
But I think JB's a good influence on the young as so far his clean living is making a good example to all the kids out there both male & female.
Thanks to a special appearance by Craig David I too was able to sing along to a song or 2 I wholeheartedly recognised!
The Beiber Fever is live !!!!
JB1 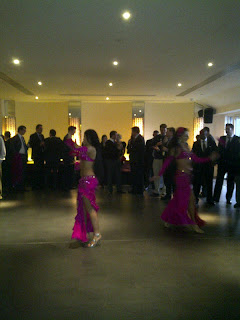 Once a year in February, Oil Trading & Commodities Entities come together all around the world to make plans for the summer. Big business meets big numbers. We were lucky enough to throw 1 or 3 of these Events in London. Not the same big budgets as in yesteryear but still lots of fun and love in the room.

Good to see old and new friends thriving during these torrid times. Thanks for the biz Guys!!! 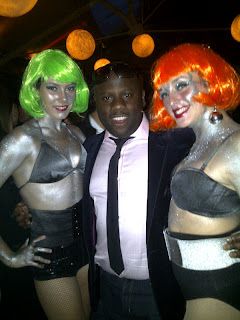 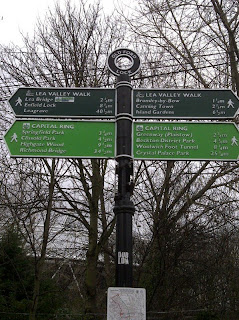 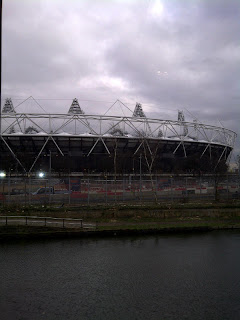 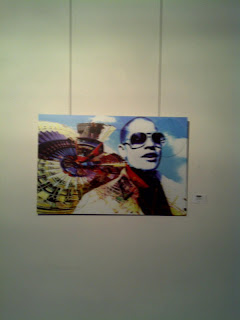 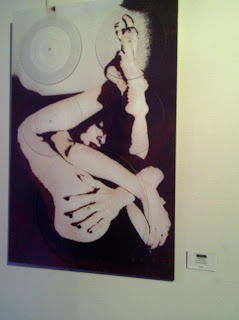 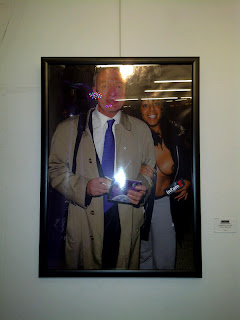 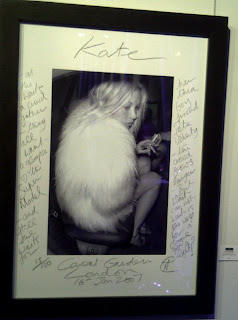 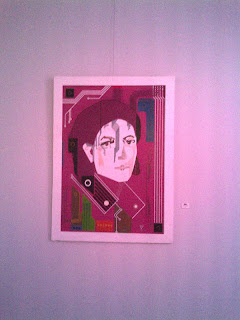 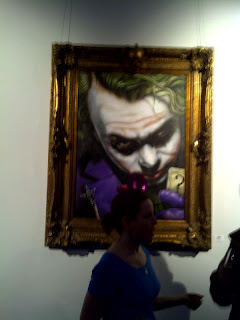 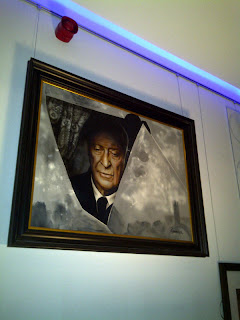 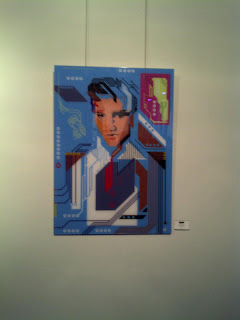 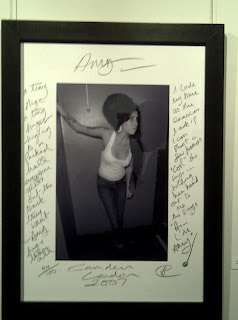 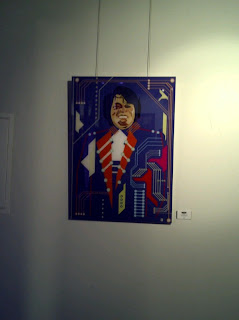 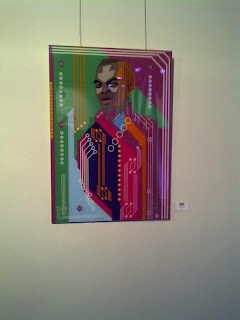 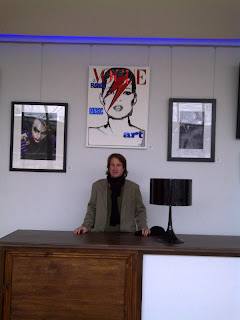 With the canter increasingly picking up pace into a gallop destined for the 2012 London Olympic Games, it's getting tasty. Property prices, hoxton quiffs and mega Straford shopping centers are on the up! So when I was invited to a most unique and spacious gallery exhibition on Fish Island in the Olympic Village by my good friend Will Chamberlain, the curator; I prepared a small battalion for the trip across town. Hackney Wick is home to the highest concentration of artist studios in the world, as well as the annual Hackney Wicked Art Festival. Forman's Smokehouse Gallery http://smokehousegallery.org/ is an art project space overlooking the London 2012 Olympic Park, and was founded to provide artists with a high profile platform from which to introduce their work to new audiences.
Owned by H. Forman & Sons, most famous for the world's finest smoked salmon, speciality fish, and bespoke prepared food established in 1905.
The exhibition was such a success that I even bought a digital art piece by the London based Ukrainian/Russian genius that is Vitali V http://www.vitaliv.info/
Great art, futuristic venue and the forthcoming games makes this strategy a winning campaign!
Posted by Baba at 15:10 No comments: 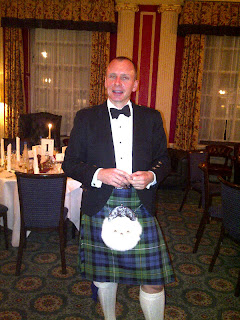 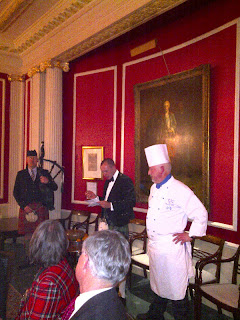 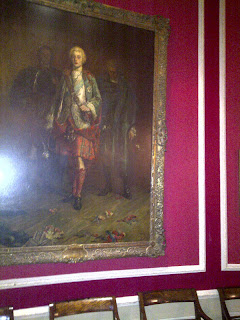 At the end of January we organised a most endearing client's dinner at the capital of Scottish pride in London: Caledonian Club http://www.caledonianclub.com/ . After a last minute dropout my friend JC kindly stepped into a Campbell kilt to preside over the evening's Selkirk Grace right till the end of the Auld Lang Syne. Thanks John - you made the night an utter success!

Here's what it's all about.......
A Burns supper is a celebration of the life and poetry of the poet Robert Burns, author of many Scots poems. The suppers are normally held on or near the poet's birthday, 25 January, sometimes also known as Robert Burns Day or Burns Night (Burns Nicht), although they may in principle be held at any time of the year.
Burns suppers are most common in Scotland and Northern Ireland, but occur wherever there are Burns Clubs, Scottish Societies, expatriate Scots, or aficionados of Burns' poetry. There is a particularly strong tradition of them in southern New Zealand's main city Dunedin, of which Burns' nephew Thomas Burns was a founding father.

Cabaret Dancers All the Rage - Hula Hooper- Circus Vs The Box 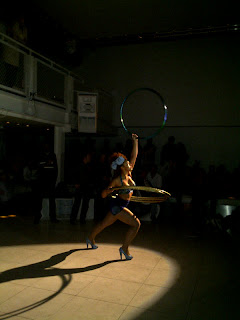 Prefer burlesque to trannies ? Or hula hoopers to bearded ladies ? Then stay away from the Box and head to Supperclub http://www.supperclub.com/ or Circus Restaurant http://www.circus-london.co.uk/ . At Circus you'll enjoy a plethora of aesthetically pleasing
entertainers as well as south american creole fusion cuisine off covent garden. This is entertainment & a winner for intimate and large group diners alike.
Don't get swepted along by hype & suckered by some venues shock tactics and over priced door policies ...The Box isn't all that!
Posted by Baba at 14:25 No comments: 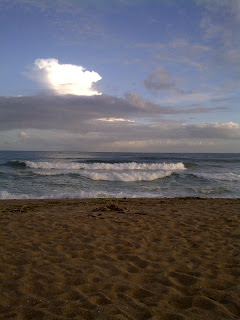 I can't help but fondly reminisce the time I spent over New Year in SA. Chilling with my good Friend Brendinium & having a platter of oysters, salmon, eggs & fruits for breakfast at the world renowned Zimbali Fairmont www.fairmont.com/zimbaliresort in Kwazulu Natal is one of the memories I shall cherish for a very long while.
Chattering monkeys, singing whales, a vast tumultous Indian Ocean and deep sea diving are some of this southern hemisphere's state's delight!
Bafana, bafana !
Zimbali Waves