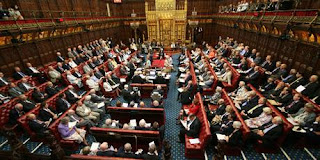 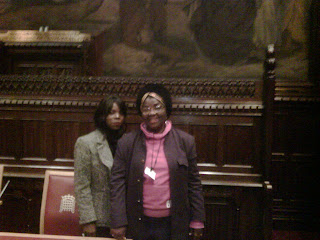 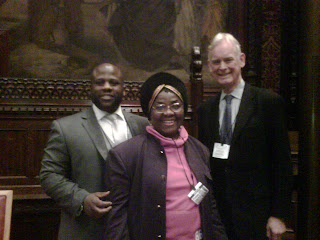 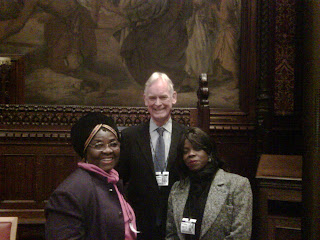 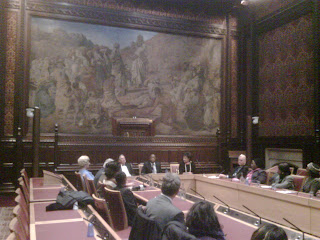 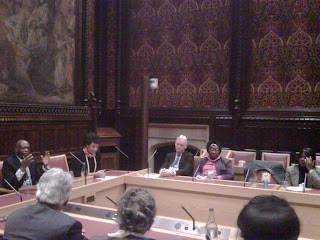 In my business you need to speak many languages and wear many hats. Sometimes the alturist prevails and you must don a charitable one. No other cause is greater to my heart than that of the Sickle Cell Society http://www.sicklecellsociety.org/ . Losing my dear cousin Richard Coker Enahoro to this dredded disease. Sickle-cell disease (SCD), or sickle-cell anaemia (or anemia; SCA) or drepanocytosis, is an autosomal co-dominant genetic blood disorder characterized by red blood cells that assume an abnormal, rigid, sickle shape.

As Fundraiser of the Richard Coker Foundation I had to accompany my awesome Aunty Miss Julie Coker and Sister Jay Jay to the Moses Room in the House Of Lords to attend a Bloombury Club symposium chaired by the eloquent and most affable Dr Ian Hall and Baroness Scotland. As it was Human Rights day we had the honour of also here a few impactual words from David Wardrop, Chairman of the United Nations Association Westminster Branch
http://www.unawestminster.org.uk/ . I love going to these gatherings as not only do I get to go to the House but also I get to meet so many great people with illuminating thoughts and ideas.

Liu Xiaobo has served one year of an eleven-year prison term for co-authoring Charter 08, a document calling for gradual political reforms in China. His wife Liu Xia was placed under effective house arrest since the announcement of the prize on October 8, and ordered by the police to stop issuing public statements on penalty of being permanently denied permission to visit her husband in prison. "Liu Xiaobo's arrest was illegitimate, his trial unfair, and his sentencing unjust," said Sophie Richardson, Asia advocacy director at Human Rights Watch. "He should be freed and allowed to travel to receive this historic award along with his wife."

Extracts from his final speech during his trial
Hatred can rot away at a person's intelligence and conscience. Enemy mentality will poison the spirit of a nation, incite cruel mortal struggles, destroy a society's tolerance and humanity, and hinder a nation's progress toward freedom and democracy. That is why I hope to be able to transcend my personal experiences as i look upon our nation's development and social change, to counter the regime's hostility with utmost goodwill, and to dispel hatred with love
and
Freedom of expression is the foundation of human rights, the source of humanity, and the mother of truth. To strangle freedom of speech is to trample on human rights, stifle humanity, and suppress truth.
In order to exercise the right to freedom of speech conferred by the Constitution, one should fulfill the social responsibility of a Chinese citizen. There is nothing criminal in anything I have done. [But] if charges are brought against me because of this, I have no complaints.


Some Thematic areas where Human Rights need to be considered.

HIV : progress on the human rights aspects of the HIV epidemic, and awareness raising with regard to the right of people living with HIV not to be discriminated against.

FGM, new agreement WHO is seriously concerned about health care providers performing FGM, as it contributes to undermining the global effort to eliminate the practice. A recent estimate suggests that more than 18% of all girls and women who have undergone female genital mutilation, have had the procedure performed on them by health care providers. This we refer to as "medicalization of FGM". (are these cultural rights)

Passive Smoking The World Health organization (WHO) report that more than 600 000 death per year worldwide are caused by second-hand smoke (SHS) - more than 1% of all deaths. 165 000 of these deaths are among children.
Finally:

Is there a universally accepted ‘human right’ or human obligation?

Or conversely one should not treat others in ways that one would not like to be treated (Silver rule)
Where do we find this
a) Ancient Egypt: An early example of the Golden Rule is dated to the Middle Kingdom (2040–1650 BCE): "Now this is the command: Do to the doer to cause that he do.
Late Period: (c. 664 BC – 323 BCE) papyrus: "That which you hate to be done to you, do not do to another.

b) Christianity
Attributed to Jesus of Nazereth
Therefore all things whatsoever ye would that men should do to you, do ye even so to them."
Matthew 7.12 and Luke 6.31

c) Modern English
"Do unto others as you would have them do unto you".

Louvre Museum or Versailles Palace - Where the best to throw a Party? 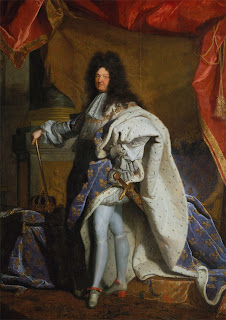 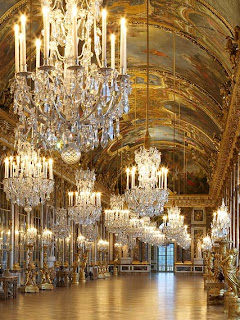 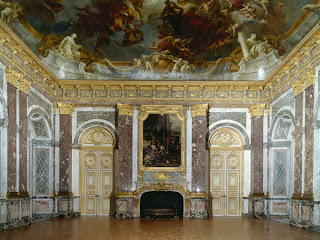 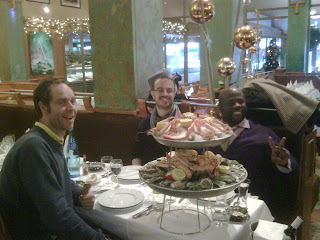 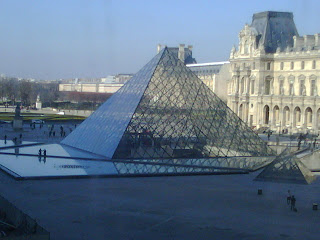 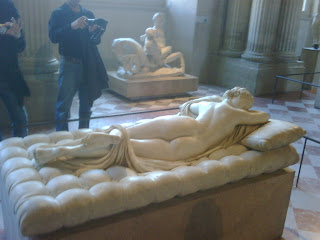 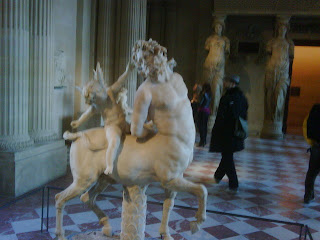 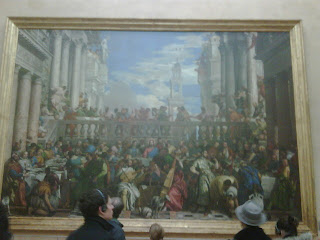 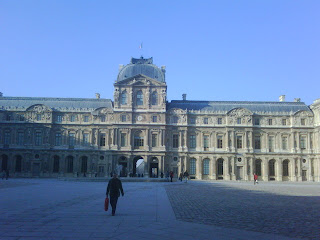 The Monday before Ali, Dan & I had the most hearty pleasure of going on a Roadtrip together to Gai Paris on the behest of a super kool Client to find the right venue for his Wedding Celebrations. It was either to be at the Louvre Museum or the Palace Of Versailles. We never complain when sent on a 3 Musketeer Mission especially if we are able to get up in Londinium take the Chunnel to Paris , have lunch in the 14th arrondissement and then chauffeured around the sites of this fair City & its outskirts.
Tough choice between Musee du Louvre and Louis XIV 's yard but Gallerie des Glaces wins hands down.
Vive la France et la carte des vins!
Great to spend time with my League of Extraordinary Cats :-)
Posted by Baba at 14:24 No comments: 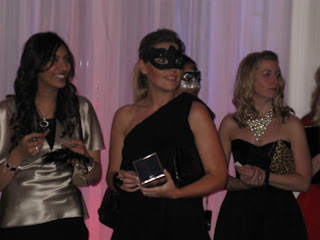 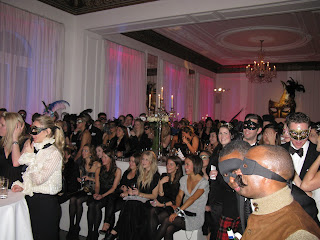 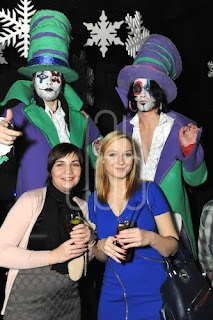 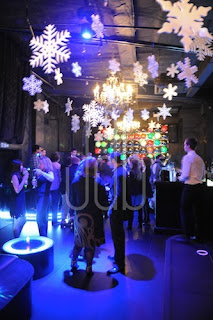 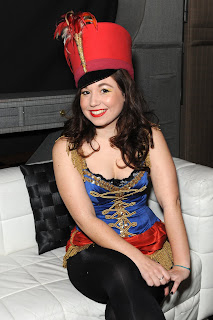 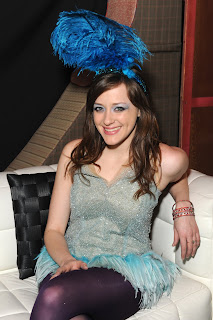 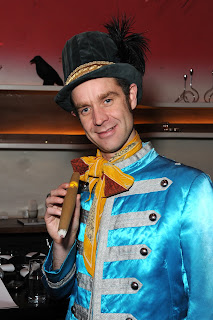 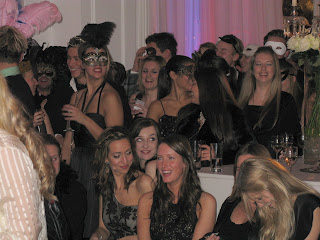 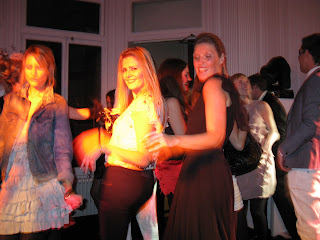 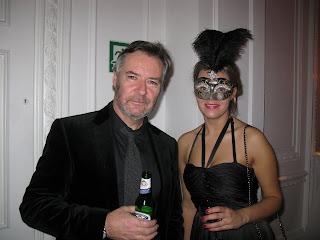 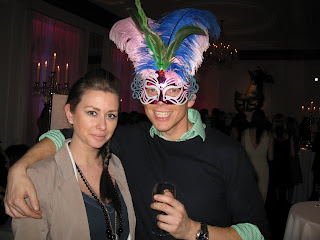 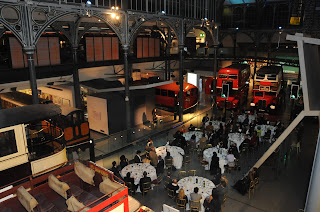 Wow , although the budgets for the Monster Parties have died down: small ones are more juicy! We had a good run his December - better than last year which means the worm has turmned. Companies in Finance, Games, Luxury, Films, On Line, Publishing, Law all came to us to help make their Christmas Parties a roaring success!b Thank God for Jesus & thank Jesus for God!!! Even have some residual events to organise in January 2011 .....Year is already starting on a high!!! Working with people you love and making money for yourselves makes going to the office a sweeter pill to follow even on Xmas eve :-)
Posted by Baba at 12:17 1 comment: