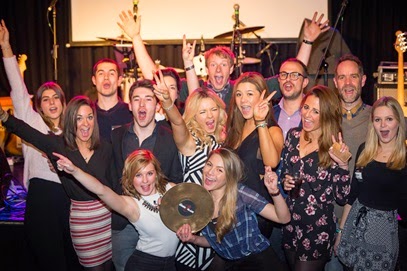 Have you ever wondered what it would be like if you and your friends and co-workers formed a band?

The emc3 team departed the office last Thursday for a surprise team building activity. The rumours of a surprise voice coaching session had left many of the team sceptical.

The team arrived at the venue where we were greeted by live music and handed several drinks tokens – not the usual accompaniment for voice coaching you ask?

We were then informed that we had entered Song Division! The team was split into two bands and given the task to write our own song. We were given a theme to base our piece on – A creepy love song.

First off we were tasked with devising our all-important band names.

As the bands went their separate ways to brainstorm their lyrics, emc3’s musical talent shone through (despite there being some artistical differences along the way!) We worked with accomplished musicians who directed us as we created our musical masterpieces. After an hour of writing and rehearsing it was time to do battle – Song battle!

When it came to the final sing-off each band graced the stage – The same people that had entered the Song Division mere mortals had emerged the other side true rock stars! The performances were as unique as they were inspired, there was even some rapping involved! After the judge’s scores had been tallied, it was confirmed that emc3 had come in first place and won the competition.

The emc3 team walked away with an inner found funk and the highly coveted Song Slam Gold Vinyl – The trophy of choice which now takes pride of place in our office!

It was a successful day at emc3 filled with singing, laughing, good food and good people. Stay tuned for our upcoming album featuring our number one hit “I Love Her, I Love Her”. The Song Division is a fantastic team building experience which we would highly recommend to all! 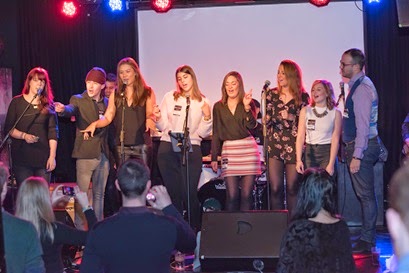 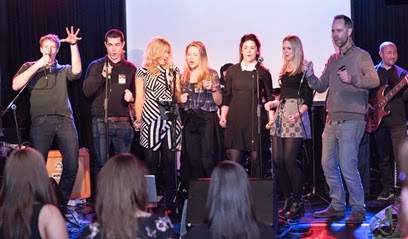