Fela Kuti - The Legend Lives On 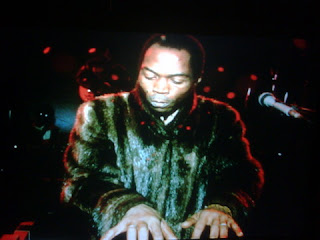 This morning as I was trying to shed some ponds on the treadmill ( yeah yeah - I do go to the gym :-) a beautiful song came on my Ipod called "Zombie" by the everlastion Afro Beat Legend Fela Kuti. Wow what a genius. Still loving your work Guru!!!!
Here are some details on the great Man!!!