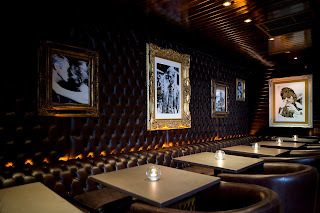 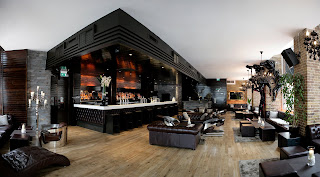 Bringing a little vintage Hollywood glamour to London; sophisticated, tasteful and refined, this is a venue for connoisseurs bored with the usual 'go-to-a-bar-and-drink' nights out.

With its high ceilings, chesterfields and warm inviting fireplace, The Lounge Bar is possibly the most McQueen influenced room. Not only is this room reminiscent of a New York City loft style apartment, this room is also a tribute to the late Alexander McQueen, with a lavish mannequin styled sculpture, art deco design, with plenty of vintage touches and an ever-evolving art collection.

The Club is where McQueen goes a bit rock'n'roll, mixing 1960s Hollywood glamour with a contemporary live music space, creating a venue unique for comfort, service and experience. This is boutique clubbing at its very best. Expect to see some of the world's top DJs & promoters here every week.

Chris McCormack, Head of Live Music and former lead guitarist of 'Three Colours Red' and 'Grand Theft Audio' with his team of respected musicians will bring in the very best acts in today's music scene including bands, musicians and DJs old and new.

AGM Theo Von-Sternberg and bar manager Eline Bosman have created a list of simple, no frills, delicious drinks inspired by McQueen, and the golden age of Hollywood circa 1920s to 1960s.

The fruit-led cocktail phenomenon of the 80s and beyond has taken a back-seat to the old school style/flavour and balance led drinks. All the house drinks are American based classics with a slick twist. Using spirit bases that were available during that time (1920s - 1960s)... rum, brandy, vodka, whisky, and liquors.

Open Tuesday until Sunday from midday, there's a party every night at McQueen...

And last, but not least, Julian Bennet styles Fashion Sundays.

Resident DJs and entertainers also include Max Bloom, Vula Basement Jaxx, Raff, Jodie Harsh & The TrixeeBelle Show, we also have some extra special performances and parties planned by some of the biggest names in showbiz...

*No admittance after 1am.