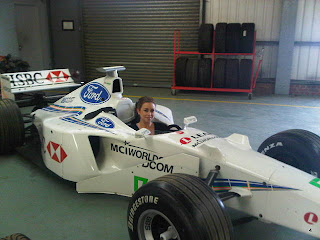 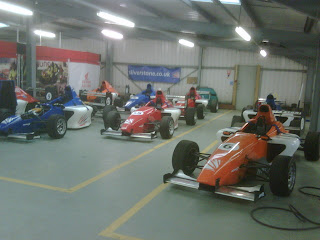 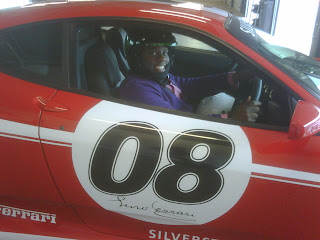 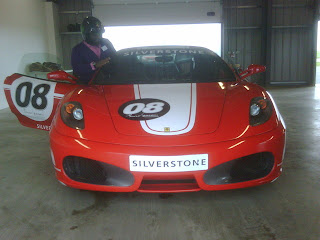 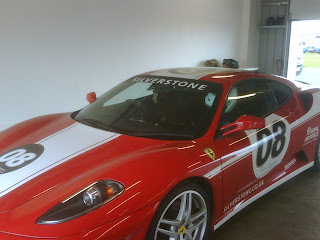 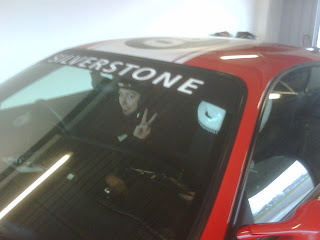 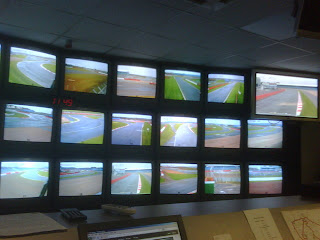 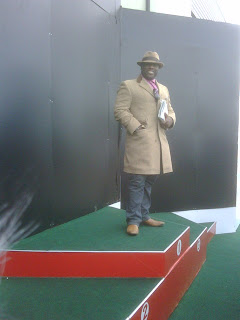 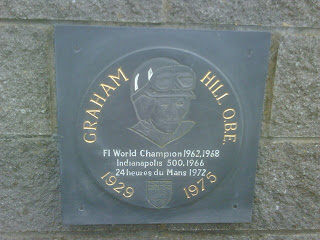 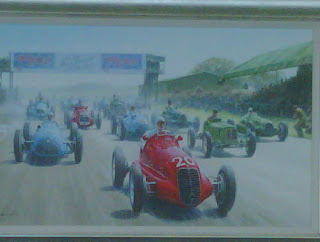 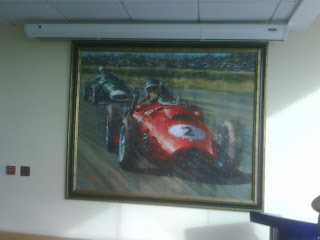 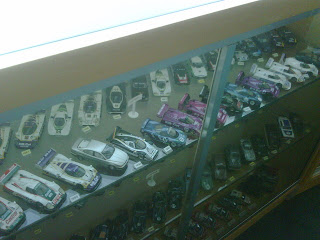 We do some good business with the F1 Circuit and have been especially fond of the people we do GP business with at the Silverstone Circuit. So it was great when Felicity and I got an invitation to the Circuit by Claudia and the team to learn more about the new and ever improving Silverstone Circuit near Banbury. This we have to remember is where Grand Prix racing 1st began. But we must also not forget that the 800 acred Silverstone circuit is also has a new futuristic Start/Finish Hospitality Building under construction ( ready in May 2011) that doubles as a 4,000 delegates Conference space, a Car Rally Driving circuits as well as Moto GP & Moto Cross tracks.
It was a very early start but my was it worth it! Afte a fast train ( 35 mins) from Euston to Milton Keynes then a taxi drift to Silverstone we were warmly welcomed by Claudia & Helen into the Stowe Enclosure for bacon sarnies and coffee. After an induction and update by ex Drivers Mike & Steve we were given the grand tour of the Garages,
Control Room & British Racing Drivers' Club where the likes of legends such as Stirling Moss &

Graham Hill, as well as Stars like Lewis Hamilton, David Coultard & Jenson Button were honoured for their services to racing!

There I stood on the podium thinking of what it must have taken to reach this spot on a race day. Since the 1900s mad hatters aka Petrolheads had dedicated their time, and in some instances lives, to the thrill of speed. When I was given a Le Mans styled stick shift red Ferrari F430 to drive 10 times around the circuit I knew why they did it!

only because your Dad was top Rally Driver & you have the inside story from a couple of F1 GP Champions. But fair dues " A win's a win!"

Thinking of a gift for a loved one or a prize for clients or employees? Then look no further! You couldn't go wrong with signing them up for the Silverstone Experience.

Their moto included Passsion, Safety, Innovation & Constant Improvement .......now I know exactly what the mean! Seeing is believing!
Thanks Claudia, Mike, Helen, Chris, Steve & the Silverstone Crew for an awesome day out!
I WANT A RARI! ;-)