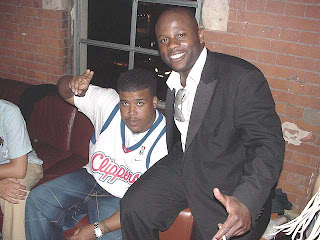 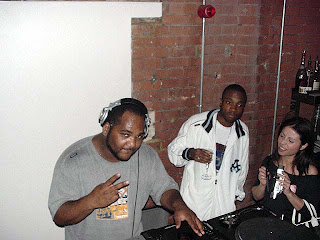 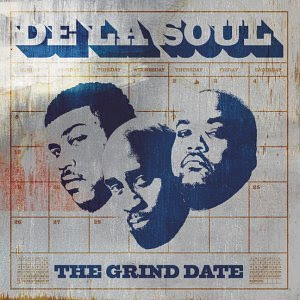 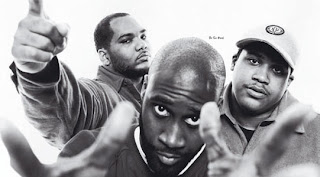 You know that summer is here when the Music Festival Season begins in earnest. My Musical Idols and very good Friends flew into town yesterday for the commencment of their European tour. Maaaaaaaaan, I missed them - Smiles, Mase, Merc & Dave: your legend transends time. Thanks to Cliff I met them in 2003 when I helped them to organise an awesome After Party. The rest is history. I had the honour and priviledge to be invited to be on DJ Maseo's live radio show http://www.ustream.tv/channel/delasouls-dugout . Wow I love good music. Watch this space as the Guys are coming out with something COSMIC for their Summer tour in Europe and the UK! WORTH A LOOKIN !!! Surreal scene chilling with De La and Brand New Heavies at K WEST !

De La Soul is an American hip hop group formed in 1987 in Long Island, New York.[1] They are best known for their eclectic sampling, quirky lyrics, and their contributions to the evolution of the jazz rap and alternative hip hop subgenres. The members are Kelvin Mercer (Posdnuos, Mercenary, Plug Wonder Why, Plug One), David Jude Jolicoeur (Trugoy the Dove, Dave, Plug Two) and Vincent Mason (P.A. Pasemaster Mase, Maseo, Plug Three). The three formed the group in high school and caught the attention of producer Paul Huston (Prince Paul) with a demo tape of the song "Plug Tunin'". Prince Paul was also sometimes referred to as Plug Four. The "Plug" names are alleged to come from the numbers that each bandmate's microphone was labeled on the soundboard. Posdnuos was always plugged into plug one, Trugoy was plugged into plug two, and so forth.

With its playful wordplay, innovative sampling, and witty skits, the band's debut album, 3 Feet High and Rising, has been hailed as a hip-hop masterpiece.[2] It is also the band's biggest commercial success to date, with their subsequent albums selling progressively less, despite receiving high praise from critics. A measure of 3 Feet High and Rising's cross-over appeal was the fact that it was voted Album of the Year by NME Magazine, a title better known for its taste in guitar-based music. De La Soul has influenced numerous other hip hop artists such as Camp Lo, Black Eyed Peas, and Digable Planets. They were also influential in the early stages of rapper/actor Mos Def's career, and are a core part of the Spitkicker collective. They are the longest standing Native Tongues Posse group, after the Jungle Brothers.

In 2006, the group won a Grammy for their collaboration with the Gorillaz on the single "Feel Good Inc.".[3]

They are playing a special show to promote the new single featured in the worldwide Nike campaign on Thursday 11 June 2009 at the Camden Centre in London.
Posted by Baba at 11:58 1 comment: