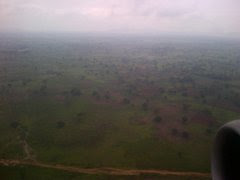 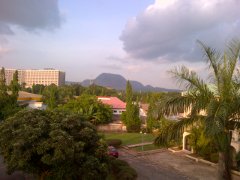 Abuja thanks to a dear friend.....Mr K 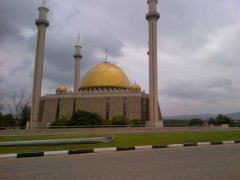 The power base of our great nation

Being back in Nigeria for the 3rd time this year setting up our EMC3 office here in Lagos is more of an affair of the heart than a chore. Like advise given on one's wedding day; I am savoring every moment of this action. It has been quite a surreal week being here in Africa. Whilst African Art is burgeoning in Europe with Bonham's record auction sales last week Wednesday proving our art is truly on the global map; 2 psychopathic idiots go and kill a poor father & soldier for doing his job of even protecting them.....RIP!
Another sad point to raise is that now thousands of God fearing, hardworking and humble Nigerians of all the Abrahamic faiths will now be on the receiving end of hate and disdain in UK. As if its not hard enough. 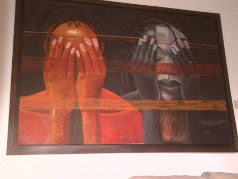 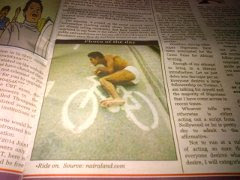 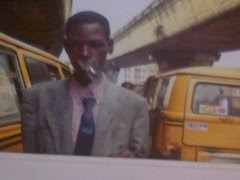 On the flip side coming back to Nigeria I am a witness to the ever increasing industrialism of our great country. We all know of the constant power-cuts, corruption, boko haram, kidnapping, sweltering heat and constant angst at the brazen chopping of the rotten politicians but alas in the sea of negativity I see an oil slick (most pertinent) developing and expanding. I use this analogy most directly because I feel that out of the laziness of our nation relying on Oil & Gas if we can re-direct funding to long term national investments into our sleeping magnificent resources like People, Agriculture & other Minerals we will at last see the much awaited growth of the middle class and some national development. This paired with naming and shaming corrupt politicians instead of lauding them in papers would be real progression. 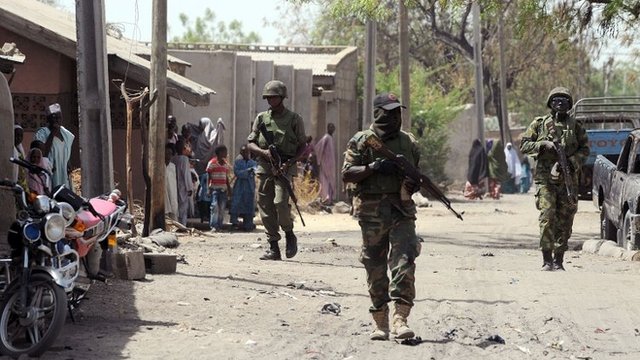 Boko Haram Hunters in the North 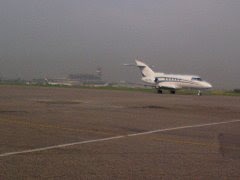 Jumping jack flashers in the South 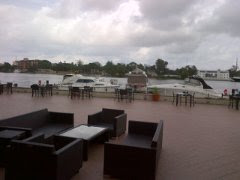 Radisson Blu by the Lagoon 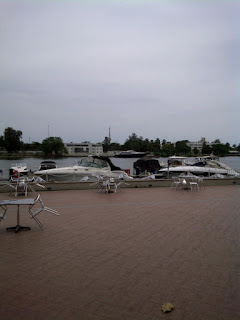 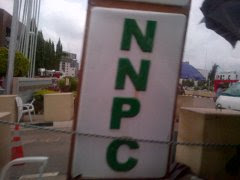 Our bludgeoned masterpiece in Abuja 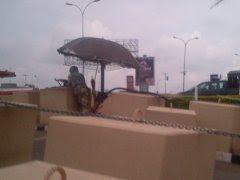 Protected at all costs

Those of us that are here to repay our Mothers & Mothers Mothers for the education attained in Europe have daily constant reminders of how tough it is to be honest in a jungle of corruption. Where honesty & business ethics are seen as weaknesses how can a nation thrive? Where 2 men (President Goodluck & Governor Amaechi) pretty much from the same tribe are imploding not just their party but ultimately the nation can there be any progress? Where Fathers disown their own sons out of idiocy, pride or vanity can there be productivity? I still believe there can be. We should remember the United Kingdom through the Industrial Revolution almost 2 centuries ago where hardship, poverty, corruption, barbarism and power by might ruled the land, was there not progression. Yes it took 150 years, 2 World Wars and time true the Spanish Flu to reach this point and still no one is perfect.

But also it took heroes like Jethro Tull, James Watt, The Chartists, Emmeline & Richard Pankhurst, Earl Grey, Gladstone, David Ricardo, Adam Smith, Jeremy Bentham & of course William Wilberforce to name but a few to drive the world forward. And were they not ridiculed at some time in their lives as useless dreamers?

Lately in Nigeria I see few heroes that could even tie the boots of Achebe (Buried this week RIP):

This week was a charm for culinary delights as I was invited 2wice to the East End to sup with very fine company indeed.

Thanks to our guerilla brand marketing adeptness 12 years ago we did some style icon bijou events in Shoreditch & Hoxton for British American Tobacco's Lucky Strike cigarettes to make them cool to smoke again. We had experienced ,and in a very small way even helped build, the  transition of area into a creative & zany hub with our events and product placement strategies.

Now re-visited I realise we too helped create a beautiful and stylish part of London with a penchant for singularity.

The 1st place in the East End I dined at on Monday on a roof top in the sun will remain a mystery as the 2nd was such a unique & mouthwatering experience that it overshadows most restaurants in comparison.

I have fine dined on the Alps, on the coast of Baku, Azerbaijan, the forests of Brasil, the jungles of Nigeria and the plains of the Serengeti but I must admit the 9 course meal I had this week at the Clove Club www.thecloveclub.com was a most welcome sensory overload. 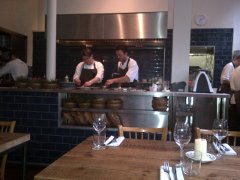 Clove Club Chefs & Waiters
Hip Chefs  Isaac McHale, head chef (in the middle of the photograph, left), is one of the three chaps behind the restaurant. The other 2 are  Daniel Willis and Johnny Smith. They have been players in the London cuisine scene for a few years now, with a track record in pop-ups that everyone wished would stay up.


The courses were both served as well as prepared by the Chefs. Going the whole 9 yards we went for the Henry VIII-esque 9 course menu which included novel but yummy Gull's eggs ( Slightly runny with a sweeter & larger egg white than chicken eggs) , succulent Buttermilk Chicken & Pine Salt, Lamb in some lush pea & saffron mixed sauce, Old Spot Pork Cheek, Hasselback Potato Carrot & Nettles as well as an unusual array of other starters and desserts. 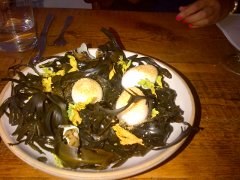 
Being a gourmand who has a slight disdain for the art of knowing exactly what one eats & remembering which fine wines to drink with your meal I like to just enjoy the moment and at the Clove Club I certainly enjoyed both the experience and the company. 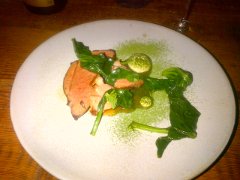 I would definitely recommend this unique restaurant to anyone who like to dine & experiment.

"The Clove Club is a bar and restaurant in Shoreditch Town Hall in East London. The building itself is Edwardian, built in 1904 - no longer an acting Town Hall, it is an events and cultural space run by the charity Shoreditch Town Hall Trust. The Clove Club is comprised of two rooms. In the restaurant, we serve an ambitious five course menu, featuring interesting and often overlooked British ingredients and produce. The bar is more lively, with the option to pop in for a drink, or stay for a full meal of dishes that are simpler than in the restaurant but of the same ethos" - CLOVE CLUB WEBSITE