Osman Yousefzada, Mercedes Pagoda & Week-End Of Fun In The Sun 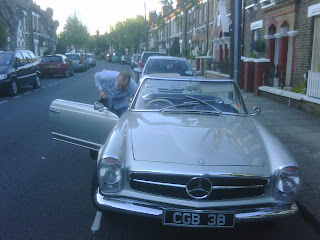 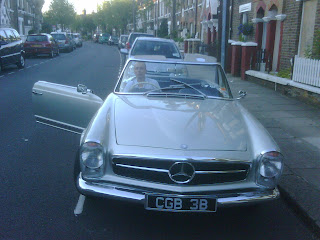 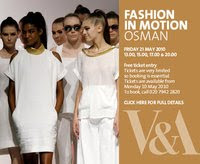 Hey, what a fantastic week-end non. Like most people in the big smoke I spent most of this week-end laying on the green in Queen's Park and Kensington gardens sipping Koppenberg Ciders and playing Baddmington.

But unlike most I maged to squeeze in a Fashion Show by inspiration Osman Yousefzada ( thanks Nicola) at the V&A , a book launch at the Nigerian High Commission, Dinner at Electric with a friend fresh in from Hong Kong and a grand tour driving experience in a Mercedes 1964 Pagoda with my man John Campbell......ahhh salad days are here again.
Thank you God!!

Happy belated Birthday Kay - it was emotional :-)
Osman's Fashion Show At The V&A

OSMAN UNVEALS AT THIS YEARS ‘FASHION IN MOTION’ AT THE V & A MUSEUM V&A, South Kensington, Cromwell Road, London SW7

V & A FASHION IN MOTIO

Live Catwalks: Osman Yousefzada, rising star of the http://www.osmanyousefzada.com/ international fashion scene, is the focus of the V&A’s forthcoming Fashion in Motion. For one unique day in May, the designer will present a selection of pieces from his collections to date in a series of catwalk shows at the V&A’s Raphael Gallery.

Born in the UK to Afghan parents, Osman Yousefzada was inspired from an early age by his mother’s Birmingham dress making business, which influenced him to study Fashion Design at Central Saint Martins in London.

The V&A has been a long-standing source of inspiration for the designer who was nominated for Designer of the Year in 2007. Alongside the Fashion in Motion shows, contemporary dancers will showcase the extraordinary way in which Osman’s designs move on the human form. Osmans Atelier can be found 3 New Quebec Street in Portman Village.