It's A Knockout Teambuilding Day for Bird's Eye 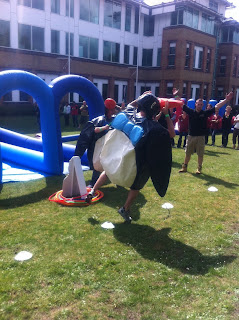 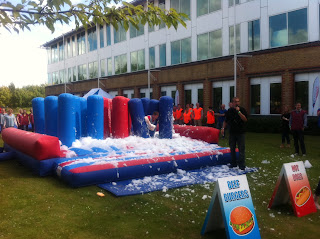 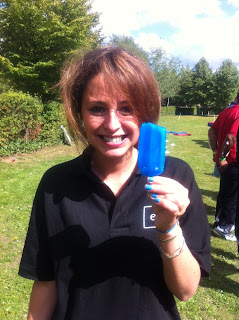 On the rainy morning of the 7th July, four of the EMC3 team headed down to The Birdseye/ Iglo Group Headquarters at Bedfont Lakes to put on a fun team building day for the company. Outside in the garden, a giant inflatable “It’s A Knockout” was erected in the rain, whilst the café was transformed with a rodeo bull set up in the middle. The company was split into groups and each team were given tasks in line with the company PACE guidlines (Performance, Ambition, Collaboration, Energy.) The group were given the task throughout the day to identify 60 famous captains (no iPhones allowed!), to gather as many points as possible on the “It’s A Knockout” event, rack up points from the highest score on the darts, and the longest time on the rodeo bull.

The rain poured down all morning, not the greatest weather for an outside team building day, but as soon as it hit 2pm, as if by divine intervention the sun broke through and glorious sunshine remained for the rest of the day! After a workout video inspired warm up, the games kicked off with a giant inflatable assault course. Each team member was challenged to jump through a soaking wet course and dive out of the other end, before milking their team’s ‘Daisy The Cow.’ The team that collected the most “milk” from their cow was crowned the winner of the round. The giant games continued, with a penguin run, where teams took it in turns to pull on a giant penguin costume and run along the course. The giant games continued all afternoon and the teams got more and more competitive as the day went on. For those less willing to get soaked, foamed and dragged along on a water sledge, a mini fairground was set up, with a coconut shy, dart boards, and loads of other games.
An ice cream van refreshed people all day, serving ice cream, slush puppies and ice lollies (one that turned your mouth bright blue!) After everyone had changed out of their wet clothes, the winners were announced, with the Gold team coming first! As they paraded around in their medals the barbeque was fired up, and of course no summer celebration would be complete without a few glasses of Pimm’s & Lemonade. Hot dogs and delicious burgers were passed around as The Mutiny, a band lead by one of the Birdseye staff started to play.

All in all, a great day for Birdseye/ Iglo Group. It has to be said, Clarence the polar bear was very happy 

Written by Saskya Liney, Lifestyle Enhancer
Posted by Baba at 16:58 No comments: 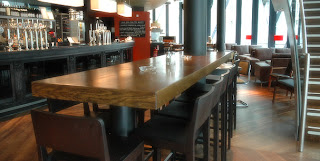 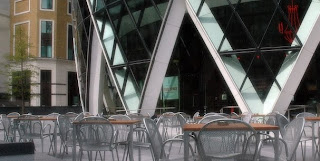 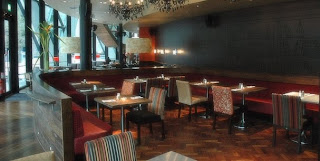 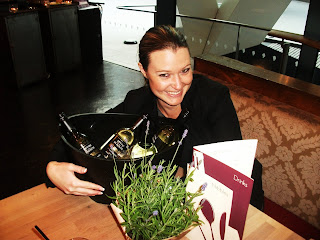 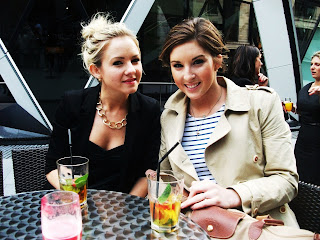 Late Night London invited EMC3 to their exclusive summer party evening,“Summer lovin!!”, on Wednesday 6th July. The event was held in Late Night London’s newest venue; The Sterling which is impressively located on the ground floor of the world famous 30 St Mary Axe, the Swiss Re Building (colloquially referred to as the Gherkin Bullet). It is just one of Late Night London’s 47 venues located throughout London’s City and West End. The Sterling is a great location for both indoors and outside parties with the space for 550 indoors and 280 outside. With a fresh modern feel The Sterling is a great place for private parties or a simple drink after work.

Stephanie, Mimi and Mo represented EMC3 at the event on Wednesday night and although it was very chilly, they enjoyed the outside area of the venue with a Glass or 3 of Pimm’s along with some delicious canapés especially the Asparagus wrapped in Parma ham. The event included a live Jazz band who created a fantastic atmosphere and luckily the rain held off. Thanks to Emma for the event and the Goodie Bag!

Written by Mimi Driscoll "Lifestyle Enhancer"
Posted by Baba at 16:47 No comments: