AFC LIVE: ‘BRIDGING THE INFRASTRUCTURE INVESTMENT DIVIDE’ 2014 SUMMIT
25 MARCH 2014, LAGOS, NIGERIA
On 25 March 2014, the Africa Finance Corporation (AFC) will host its inaugural summit at the EKO Hotel & Suites in Victoria Island, Lagos, titled ‘AFC LIVE: BRIDGING THE INFRASTRUCTURE INVESTMENT DIVIDE’. 500 invitees & members of the media will be in attendance.
The Summit responds to the need to open a dialogue with all relevant stakeholders that addresses the scale of Africa’s huge infrastructure requirements and its investment deficit. This deficit is conservatively estimated at over US$40 billion per annum (source: World Bank) over the next ten years.
The Summit will attract a number of high profile delegates, key note speakers, internationally renowned public and private sector investors, financiers and advocates of Africa including: Nigeria’s President Goodluck Jonathan, Kenya’s President Uhuru Kenyatta and Rwanda’s President Paul Kagame. Others include CEOs from: Rio Tinto, Goldman Sachs including on the panel economist and creator of the BRIC and MINT acronyms Jim O’Neill, Macquarie Bank, Access Bank, First Bank, Bouygues and Bollore Group.
The Summit will include discussions and debates on Africa’s infrastructure development and encourage the creation of new ideas and initiatives to tackle the continent’s development, investment, leadership and growth challenges. The debates will be centered on three key sectors: Power, Transport and Natural Resources.
For further information contact
Baba@emc3.eu

The Belgraves - a Thomson hotel in Central London, tucked away just a minutes' walk away from Sloane Square, offers a modern but cosy homely atmosphere, having recently been refurbished in 2012. This is achieved through blending traditional British hospitality with an American-bohemian attitude, so although the design is new and sleek the decor is contrasted with old and worn leather armchairs, table lamps, and book shelves. Designed by the British designer, Tara Bernerd, founder of the established interior architectural practice, Tara Bernerd & Partners. Her inspiration comes from the feeling as though you could be sitting in your own front room. 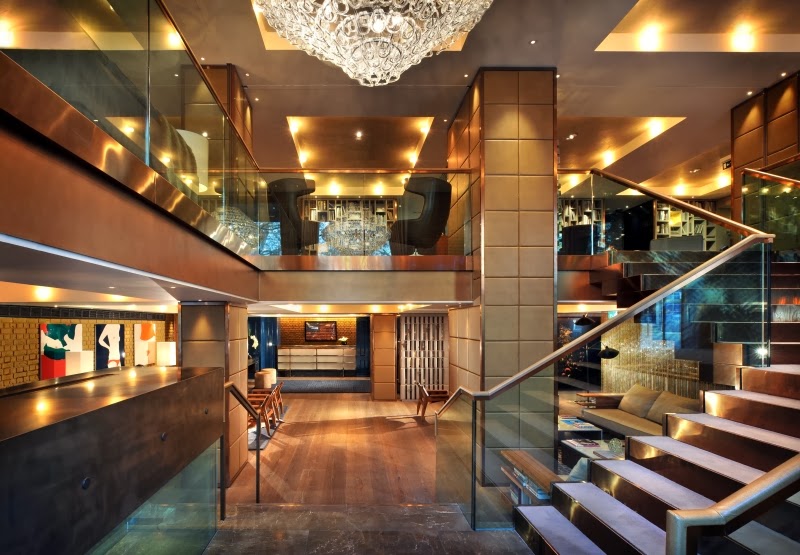 We started the evening by taking a full tour around the 85-bedroom hotel. The rooms are beautifully designed, mirroring the style of the bar and reception. There was also a brand new fitness centre, an 80-seated restaurant and an outdoor terrace with patio heaters to keep warm. 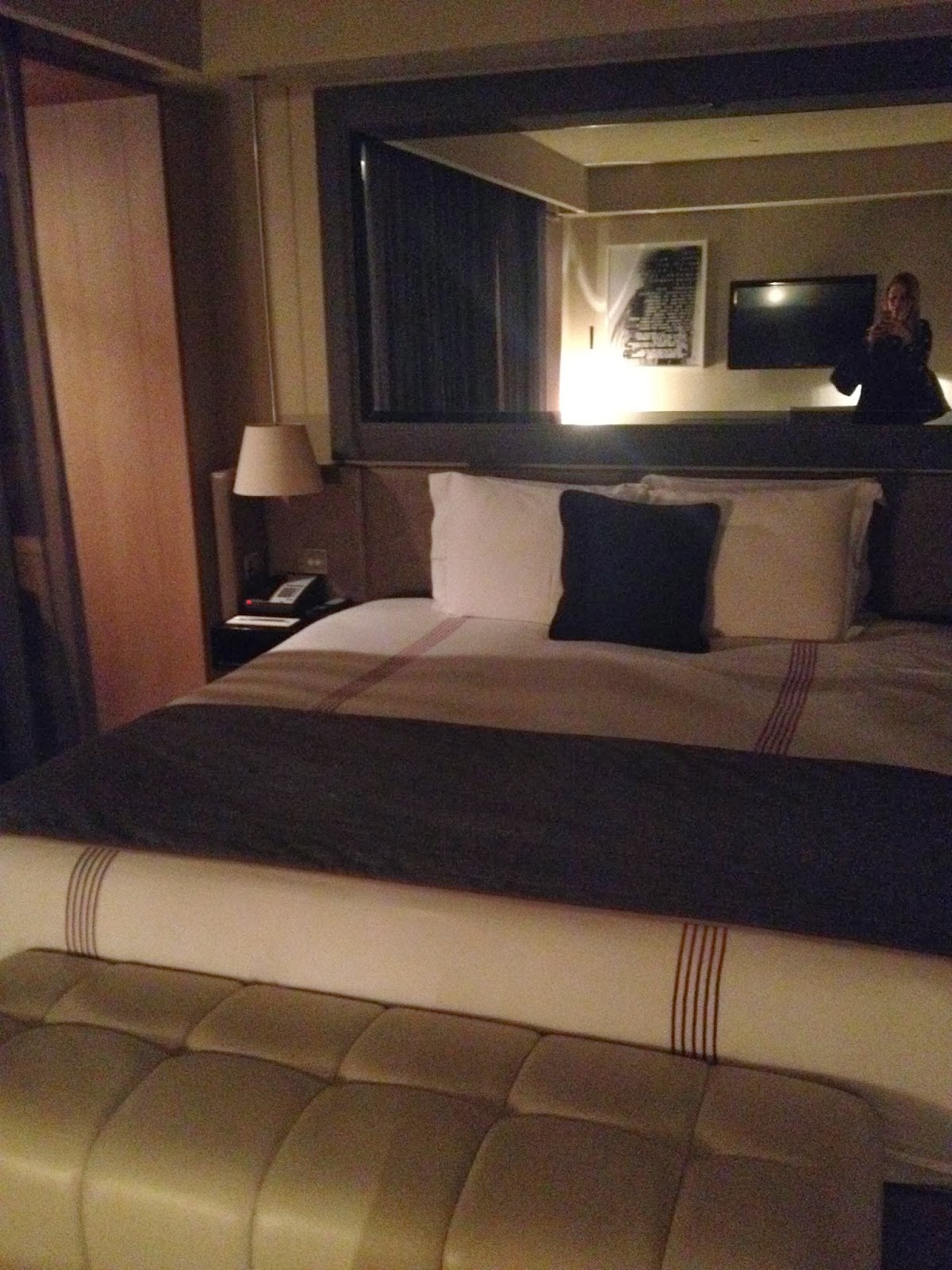 Room 100, their private room which can be used for private dining and meetings overlooks a busy London street, but no noise enters the room due to their large triple glazed window. For that reason I think the hotel is great for people who want to go somewhere trendy, unique and comfortable for a meeting, or to even work at the bar on a laptop! 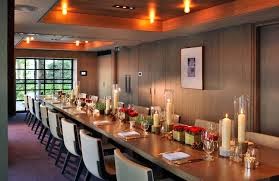 During our lovely evening we also were also treated to some of the cocktails and canapés. I decided to go for my all-time favourite drink, a mojito which was by far the best I’ve ever had. Mo gave the espresso martini a try which also looked delicious- so if it's not for business, I would definitely at least recommend going for a drink. All the food is locally sourced; we tried the mini burgers, beef in Yorkshire puddings, crab cakes and what had to be our favourite - the slow roasted pork belly which was truly mouth-watering! The vegetarian option was a pea and broad bean pastry, and with Ellen being a vegetarian in the group they were really accommodating with bringing out (what looked to be delicious) a savoury shortbread with colourful roasted veg. 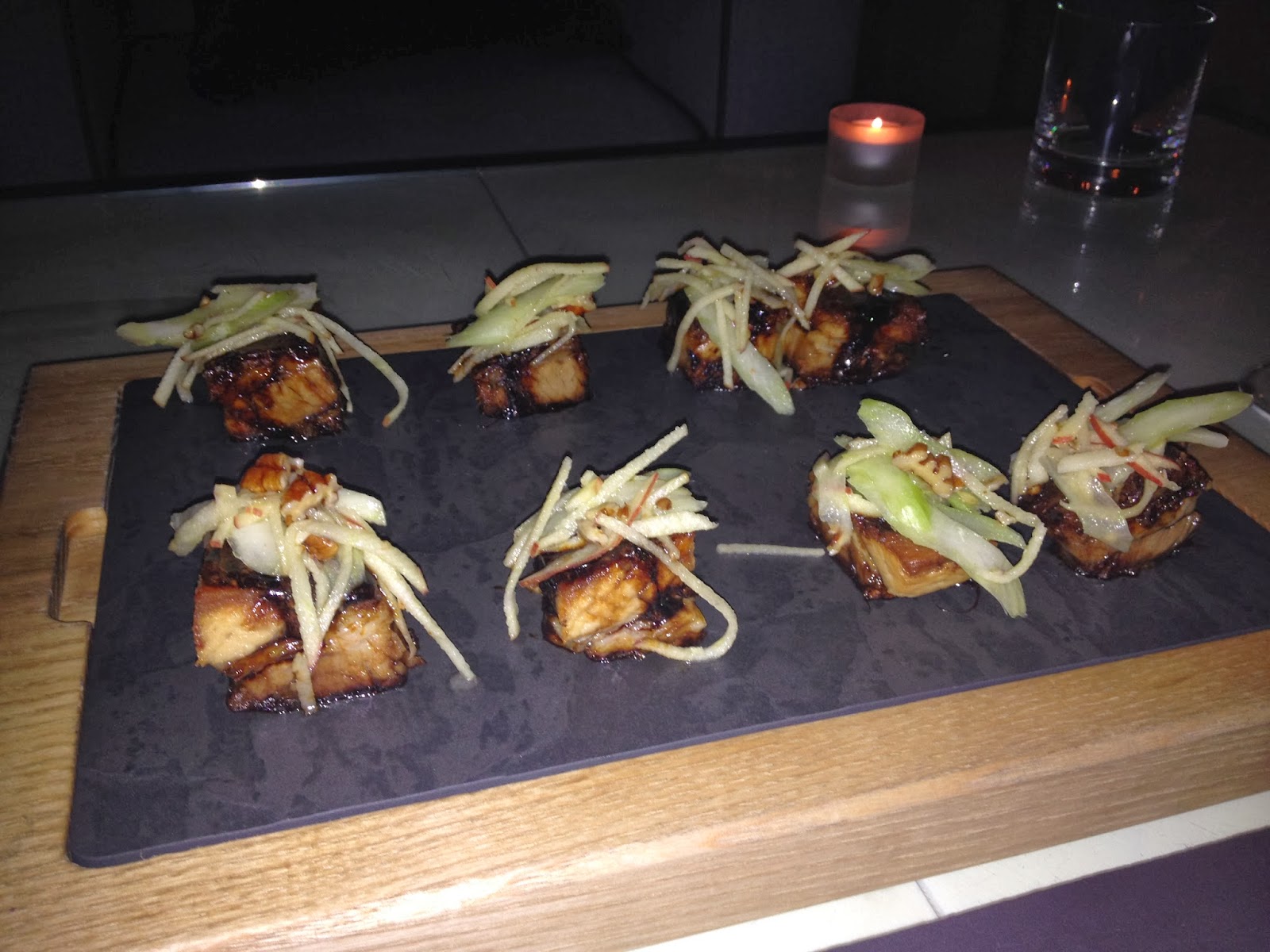 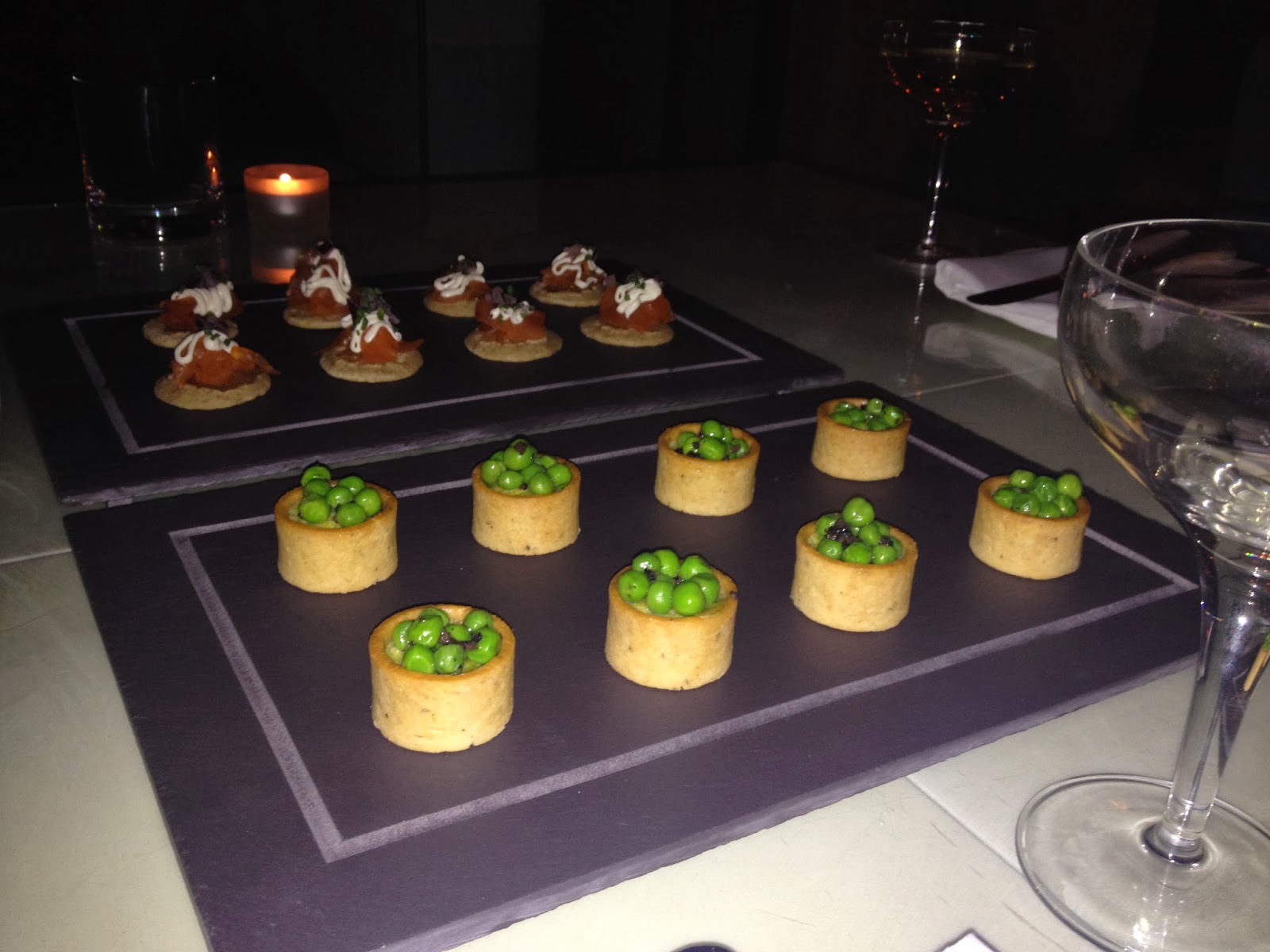 We ended the evening feeling extremely welcome and guiltily filled with amazing food and cocktails… but and as the emc3 team we would suggest you go check it out for yourselves. If you want to know more then please do not hesitate to call the office on 020 3468 3901, or if you want to make a booking, please contact our concierge manager Mo McKinlay (mo@emc3.eu).